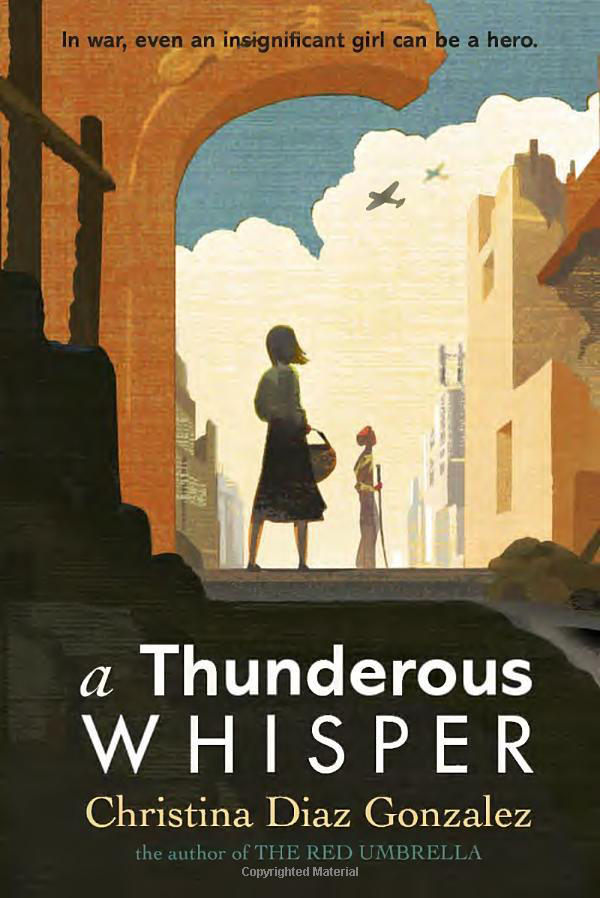 “In the midst of the Spanish Civil War, 12-year-old ani unexpectedly gets drawn into a network of underground rebels working to thwart Franco’s efforts to destroy the Basque people’s way of life. . . . Exciting.” —School Library Journal

Ani believes she is just an insignificant whisper of a girl in a loud world. This is what her mother tells her anyway. Her father made her feel important, but he’s been off fighting in Spain’s Civil War, and his voice in her head is fading. Then she meets Mathias. His family has just moved to Guernica and he’s as far from a whisper as a boy can be. Ani thinks Mathias is more like lightning. Mathias’s father is part of a spy network and soon Ani finds herself helping him deliver messages to other members of the underground. For the first time, she’s making a difference in the world.

And then her world explodes. The sleepy little market town of Guernica is destroyed by Nazi bombers. In one afternoon Ani loses her city, her home, her mother. But in helping the other survivors, Ani gains a sense of her own strength. And she and Mathias make plans to fight back in their own unique way.

Educator’s Guide for THE RED UMBRELLA and A THUNDEROUS WHISPER

“Gonzalez stages a fast-paced historical thriller against the backdrop of the Spanish Civil War…Ani is relatable as she battles with her bitter mother and struggles to identify her own desires and values. Gonzalez escalates the tension as Nazis bomb Guernica and conveys the magnitude of personal and universal loss, leading Ani to forge a future in war—a path she claims with grace and fortitude” –Publisher’s Weekly

“This book provides a glimpse into an underrepresented world in juvenile literature, making it a good addition to middle-grade collections.” – School Library Journal

“The benefit of Gonzalez’s novel is that the reader gets to experience Ani’s thoughts and feelings first-hand…Ani’s story shows the multiple layers of wreckage during WWII, and would be an excellent addition to any Holocaust unit.” – VOYA

“This painterly novel offers an intimate, immediate look at the Spanish Civil War and the depths of personal strength necessary to survive.” – Booklist